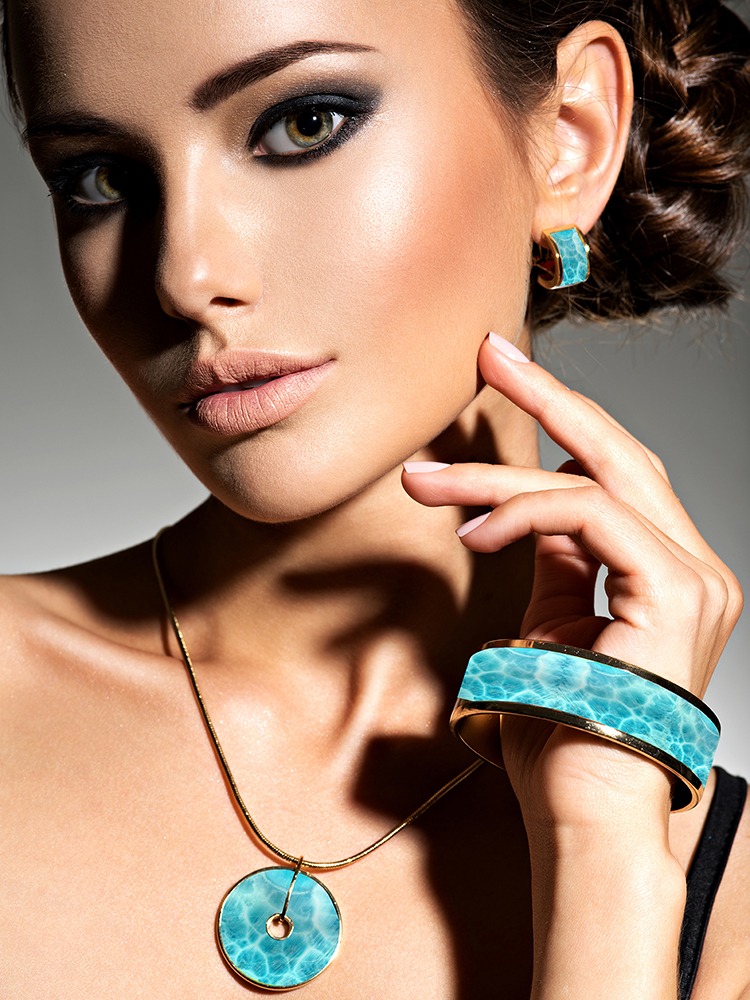 Larimar is a rare blue variety of the silicate mineral pectolite found only in the Dominican Republic, in the Caribbean. Its coloration varies from white, light-blue, green-blue to deep blue.

The Dominican Republic’s Ministry of Mining records show that Father Miguel Domingo Fuertes Loren of the Barahona Parish requested permission on 22 November 1916 to explore and exploit the mine of a certain blue rock that he had discovered. Pectolites were not yet known in the Dominican Republic, and the request was rejected.

Miguel Méndez and Peace Corps volunteer Norman Rilling rediscovered Larimar in 1974 on a beach at the foot of the Bahoruco Mountain Range, the coastal province of Barahona. Natives believed that the stone came from the sea, and they called the gem Blue Stone. Miguel took his young daughter’s name Larissa and the Spanish word for sea (mar) and formed Larimar, to suggest the colors of the Caribbean Sea where it was found. The few stones that they found were alluvial sediment, washed into the sea by the Bahoruco River. An upstream search revealed the in situ outcrops in the range and soon the Los Chupaderos mine was formed.